Mourning with Arizona - Part I

January 17, 2011
Commenting on current events on my blogs is not common for me, but with the most recent turn of events in Arizona, I feel the need. 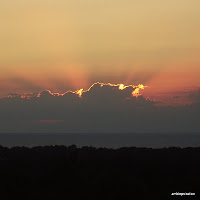 Mourning with Arizona – Part I
On January 8, 2011, nineteen people were shot in Tucson, Arizona. Of them, thirteen were injured and six were killed; including Christina-Taylor Green.
Christina was the same age of one of my daughter’s; they were born just ten days apart.
On the morning of September 11, 2001, as Christina’s parents were most likely already gazing at their new born baby girl, or soon would be, I was nine months pregnant, with a c-section scheduled two weeks later. We were about to welcome our second child into the world, and into our family.
That morning, I remember rubbing my belly, staring at the T.V. in disbelief.
I felt an enormous sense of anger and fear that day as thought to myself, ‘What in the world are we thinking…the nation is being terrorized, again!  This is an awful place to raise a child’.
I wondered what hope we had for our unborn child and her big sister. I wondered why we were bringing these children into such a hate filled world. I wondered how we would recover as a nation and how we would be hopeful as a family when things seemed so uncertain and out of control.
Christina’s parents’ joy might have for a moment, given way to some of these thoughts as well that day.
Honestly, some of these things were on my mind when we were planning a family but the reasons not to have children were not nearly as strong as the reasons to create life.
We’d faced the reality that we cannot control everything that happens, and so we had hope and faith that our lives would be touched by grace, and decided to bring children into the world that would hopefully help to make it a better place.
As a mother of a nine year old girl, I cannot even begin to imagine what the parent’s of this little girl are thinking today.
Their only little girl was born on a terrifying day like 9/11 and was murdered on yet another horrifying day. Both days of her birth, and her death, are inexplicably marked by events carried out by people who have no value for human life and no desire to help change the world for the better, or they have such deep emotional troubles that one cannot even begin to imagine.
It saddens me that a little girl my daughter’s age, with so many dreams and aspirations, died so soon in her life, at the hands of someone who probably doesn’t even know the real reason behind his anger and hurt.
Christina was a girl who was motivated to help take part in changing the world. She was living up to the dreams that her parents had for her when she was born; the dream many parents have for their children.
She had planned a life of (and already began) standing up for what she believed in...
Just as Gabrielle Giffords was.
Innocent, unselfish, concerned people, losing their life because someone was in pain and felt the need to make others feel the same pain…it’s becoming much too common.
Nine and a half years ago, on September 11th, I honestly wondered what the nation would be like when my children were older…
As I wrote this post, my oldest child’s school sent parent’s an email update celebrating a thumbs up on their most recent lock-down drill….
I know the answer to my question, and I now have a new one…
Where do we go from here?
...To Be Continued....
To READ WHAT Michelle Obama suggests in her letter to parents, click on this link:
http://www.politicsdaily.com/2011/01/13/michelle-obamas-advice-to-parents-in-wake-of-tucson-shooting/
To listen to what Christina-Taylor Green’s mom says in her MSNBC interview, click on this link:
http://www.youtube.com/watch?v=gORKjNF7Uc8
I ask that you keep Christina’s family in your prayers, as well as the other families who’ve lost loved ones that day. Please also pray for the physically wounded, as well as the emotionally wounded, due to this horrific event.