Things Our Parents Used to Say...

May 27, 2011
There comes a time in a parent's life when they realize they are becoming their parents.
And it generally starts when we hear ourselves say something that our parents used to say to us.

Here is a list of things my parents used to say (and some of which I consider to be politically incorrect and that if I were caught saying it to my children I'd probably be jailed):


Go play in traffic!
Do I look like Rockefeller's son/daughter?
Money doesn't grow on trees.
I'll give you something to cry about!
Let it roll off your back.
Let's kill two birds with one stone.

And the most universal one on the planet....
Block Your Ears.
(Like we had never heard that stuff before...ha ha..)
. 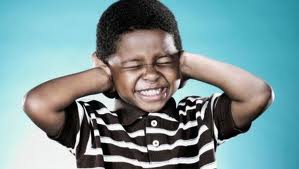 So, if you feel as if you are turning into your parents, well...you probably are. Just listen to what you tell your kids. (Honestly though- our parents got away with saying some crazy stuff back then, can you imagine that today?- Neither can I!)