June 20, 2011
(Disclaimer: Content may be graphic, unless you are a veteran parent.) 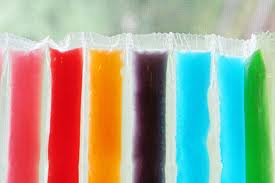 I've had children and pets for many years, and call me weird or impractical, but I have always liked having some things white.
My carpet is one of them.
(This can teach a person a thing or two about carpet cleaners.)
Let’s fill you in on some back-story.
During a wonderful little family night last Friday, we all piled into the living room to cuddle and watch a movie.
My nine year old daughter felt slightly under the weather and decided to pass on popcorn and ice-cream (good thing).
A bit later, she unfortunately went against her better judgment, and stayed on the floor watching the movie while her sudden case of the stomach virus got the best of her.
Needless to say, her lunch of Campbell’s chicken noodle soup and her blue freeze pop did not wait until she got to the tile or the toilet for that matter.
If you have ever had a child vomit on anything with fibers, you know my pain.
If you have ever had a child vomit on anything with light-colored fibers you REALLY know my pain.
‘Keep calm’, I kept telling myself (as I secretly said several words to that are not rated for children, while wondering what I was thinking when I decided on this rug!).
After she was transported to the potty I began hitting the promised-stain with my good ole pal Woolite Oxy (the blue and red container).
I’ve been using Woolite Oxy since I decided to put vanilla colored carpet in my home in Connecticut many years ago.
It works great and I trust it. It’s even removed red wine from my white couch (of course that stain was not a child’s fault).
Once she was done being sick and had been in the bathroom where she could be close to the potty, I grabbed the cleaner from underneath the sink and got to work.
There was a slight problem though ….actually two slight problems…
1)     I knew the blue freeze pop was going to be nearly impossible to get out.
2)     I ran out of Oxy in the beginning of clean-up.
What to do!? What to do?!
Well, I did the logical thing. I sent the hubby out to the store to get more.
First stop no Oxy. (Keep Calm)
Second stop he got the Oxy and he also grabbed a bottle of Pet Oxy (the grey and yellow bottle).
Pet Oxy?
I couldn’t understand why he got this! It’s for pets!!!!!
I mumbled something to the effect of ‘I didn’t know what he was thinking sometimes’ and ‘that wasn’t going to work’…
Then my logical thirteen year old daughter piped in and said:
‘Hey!..Says it’s good for animal vomit – WE are ANIMALS! AND SHE HAS VOMITED! That’s the same! It’ll probably work good!’
I laugh now at her comment at a moment like that...at a time like this!!! (But of course we always do don't we?)
But she was right!!
Not only did it work, but it was BETTER!!!!
No sign of Campbell’s or the Freeze pop!
I think I will keep a bottle of this around for all stains…(wonder how it works on wine?)....
Note to self:
Mommy, never let the bottle of carpet cleaner get below half empty before buying a new one…
…and don’t always think you know everything ;)
Truly,
Amber