Is Your Teen Sexting? 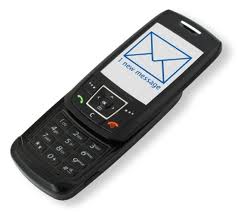 Or are they just ‘fwdg’ the sext-messages that they receive?
Sexting is in the news a lot...and it's not just teens doing it.
But, while adults are allowed to do as they please with photos of their unclothed bodies, clearly kids should not be.
So what if your teen is sexting?

And what if they should be caught sexting by teachers or other types of authorities?
Should they be charged with child pornography?
What about being required to register as a sex offender?

Seem kind of drastic???
Watch this video from The Huffington Post where they reported recently that Rhode Island has banned teens from sending or forwarding sexually explicit text messages.
My personal opinion?
Thank goodness....

What do you think?
Not sure?

Visit these links below to find out more...
What is sexting?
Who is sexting?  (This link may contain offensive content)

Read this story of Jessica Logan, a Columbus, Ohio, teen who took her life after her nude picture was spread around school via text message.
Read a list of 2011 Legislation Related to Sexting.
(To read more on this topic visit Family Matters with Amber in County Kids Magazine and read my most recent column.)