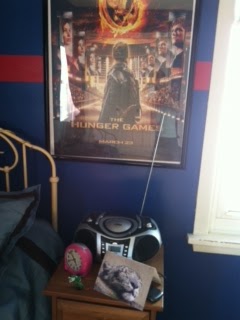 Last week my daughter and I went to see The Hunger Games for a second time. That probably sounds crazy, considering it is such a violent movie...

Well, that's the thing. For the most part it's not.

I watched it the first time and I thought it was just awesome!!!! And as far as violence was concerned, it was the adults who were whacked out of their minds...and violent...

The kids? Most of them were just surviving.

When I watched The Hunger Games the second time, I thought it was a little violent..but not for long...because I still found the sentimental moments...and judged the adults as the psychotic ones.

If you haven't seen the movie, I suggest you do, it is now officially on DVD, and in stores...we went to Walmart for the release party Friday night (ironically, it was my daughter's 15th birthday). 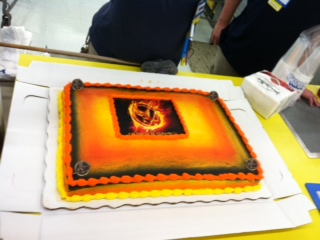 If you don't somewhat support what your children are interested in, you will be alienating them or worse, judging them.

My daughter has other interests; like horses, volunteering, achieving A's in her academics. She is kind to children and animals and knows how to be compassionate. Her movie choice does not make her crazy or a horrible person. 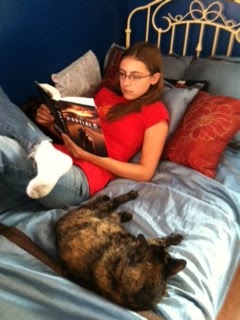 Sometimes, we forget that our children are not us. They like what they like. And, unless they are harming someone with  their hobbies and decisions, I say, "Live and Let Live".

Did you see the Hunger Games?
What is your opinion about the movie?