I would like to thank author Kevin L. Schaner for her
permission to post this previously published article. 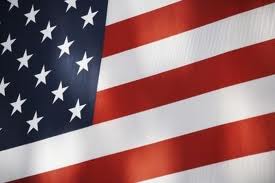 Every Day Is Flag Day
The day after Bin Laden was eliminated; I saw that there was an American flag extended between two trees close to Johnnycake Ridge Road in Mentor, Ohio.  It reminded me of the surge of flag waving and renewal of patriotism that has lasted over  a decade.
It took a terrorist attack to reunify us around our national symbol. Our flag and what it stood for was taken for granted for too many days before 9/11/01.  In the ashes and dust that were the Towers, we will never forget the reassuring remnants of a tattered flag.  Our numbed senses recalled the phrase “And our flag was still there.”  We felt shredded, just like that fabric.
It is hard to explain why I saved newspaper from 9/12/01.   I am certain that I will not need a photograph to remember the planes and the towers. The pictures of those that escaped, gave me some comfort.  There was the classic shot of the firefighters purposefully raising our flag on bended beams.  It was reminiscent of the memorial statue of the flag raised at Iwo Jima.  Ground Zero would become this generation’s day of infamy. It was dark and still as I tried to read the paper.  The weather was warm and the windows were all open.  A woman walked down the street repeatedly chanting,   ”Jesus is the Saviour of the world” adding to the eeriness of the morning.
Before I left my Cleveland Heights home for work, I wanted to be sure that we would fly our flag on 9/12/01.  The pole was a very short one that slid into a bracket nailed to the side of the house.  It was almost impossible to have a flag at half staff on that pole, so I symbolically left a few inches bare on the brass before the eagle on the top.
Over the next few days there were flags waving everywhere.  It was as if their motion could recharge our America spirit.  Flags were fluttering from special brackets on the tops of vehicles. Flags appeared on “we shall not forget” bumper stickers.  Flag pins were also popular. No marketer could have predicted that thousands of safety pins would be required in September 2001.  We created jewelry that resembled Betsy’s original design by threading red, white, and blue beads onto the pins that could be found.  We were proud to wear patriotic colors, a foreshadowing of Patriot Day. I decided against wearing my fun flag socks, there was nothing fun about the first week after 9/11.
Old Glory and patriotism became the focal point of our fall sporting events.   We just could not hate the Yankees this year when they played in the World Series.  We witnessed baseball fans crying while they watched the color guard and when they tried to sing the National Anthem.  We ached for the ordinary days when we were expected to hate the Yankees.  Unexpectedly, we were all New Yorkers for a while.
On Sunday, I was outside on our upper back porch.  The sky was as clear and as blue as it had been the previous Monday.  Had it only been a week?  I heard a plane and I shielded my eyes.  I squinted as if I were searching to see the USA flag decal that would prove that it was ours.  Just a week ago, I would not have even noticed a plane and now I was watching it as if it were a UFO. That silver streak added a glimmer of hope that our world would be returning to a cautious normal.
I reflected on another time earlier in the week when I had been watching the sky.   On Wednesday, September 12, 2001, I was driving east at dawn.  I was watching the sunrise like never before, perhaps I was hoping to see a peaceful sign from the heavenly bound souls of yesterday.  I was blinded by the sun’s rays as I traveled my routine route on Johnny Cake Ridge Road in Mentor, Ohio.  At the bend in the road on my left, there was a large American flag stretched on a rope between two trees.  The flag was right by the road. The fabric flapped towards me as if to give me an embrace, a hug, when I needed it the most.
-Originally Published: September 3, 2011
Author-Kevin L. Schaner
Freelancer
schanerkevin@gmail.com