You (Mom) and The Draft

May 09, 2014
If you're sick of hearing about The NFL Draft already, then you may not want to be here right now…
or you just might want to stay, to see what it has to do with you.

I am a football mom, and was even before my son even began playing. I like the action, I like the sport, and sometimes the drama behind the scenes with these teams is more interesting than a soap opera (which actually happens to be the part I don't like).

Anyhow, it's day 3 (the last day of the draft-unless they add another day next year) and I just thought I might get some of the mom's out there to think about The Draft from a different perspective.

If you watched Day 1 of The Draft (which was Thursday), you'd see how many of these young men allowed their mothers to accompany them down the red carpet at this special event.

You'd also hear them give the credit of their success to their mother.

In addition, you might also hear stories of these men (pre pro-ball) promising their mamma a gift or token of appreciation when  they finally 'made it to the big leagues' (from as far back as the third grade). (Update: Although Cadillac offered the car to Teddy Bridgewater's mom after hearing the story, we won't doubt that once Teddy's pay came rolling in, that he would be buying it himself.)

Don't think of this as 'ugh another weekend of boring sports', think about it as a celebration of mothers, all over the nation, who believed in their children enough to support them.

That's what you do every day...don't you?

You love, nurture, support and believe in your child- from the time he/she was taking his/her first steps, to the time they graduated high school, donned a college cap and gown or simply started their own family.

Mom's deserve the credit, and The Draft is a perfect way to remind you that your children never forget what you sacrifice for them every day. And if you still don't understand The NFL Draft, please, for your spouses sake, go watch Draft Day which is still out in cinemas and features Kevin Costner and Jennifer Garner. While it's not a very interesting movie for you, there is a plot line (and very little football to watch). Overall, it's a good movie and will give you some idea of what's going on.

Happy Mother's Day to ALL of the Amazing Moms Out There!

(And here's to the NFL Draft and an upcoming season of awesome football- both in the little leagues and the big leagues!) 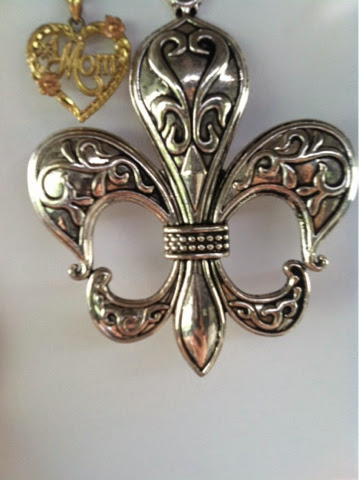