Let Your Boys in the Kitchen

I believe they do!

I'm a single mom and I get tired of cooking (honestly-I LOVE doing the 'cooking', it's picking out stuff day after day, week after week, that I get sick of). So, once in a while, I schedule my kids to cook.

I not only make them cook, but I make them pick out their own recipe as well!
I have a ton of cook books, (it's a bad habit of mine) so there's no excuse that they can't find anything to make.

But is there an excuse that my son shouldn't participate because he's 'a boy' or that 'he doesn't know how to cook because he's only 11'?

Since he was little I've allowed him to do things in the kitchen here and there. Not just set the table either. I've let him wash and cut fruits and vegetables, make cheese trays, and even help bake.

But has he ever done a recipe on his own? Not until now.

Recently, it was his turn to pick. He chose a very adult like Salisbury steak from one of my favorite cookbooks. My kids like the boxed kind (high in sodium, I don't). I wondered how this would go over with him and his sisters if the ingredients were from scratch (since that always makes a big difference flavor wise).

He couldn't wait to get started! 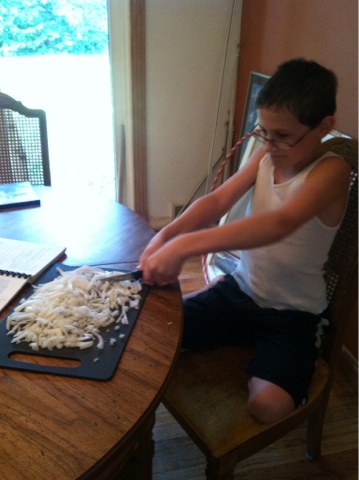 While he was mortified that cutting raw onions actually made people cry, he put the effort in and didn't quit! (Though he verbally admitted to wishing I'd done this part). Lol 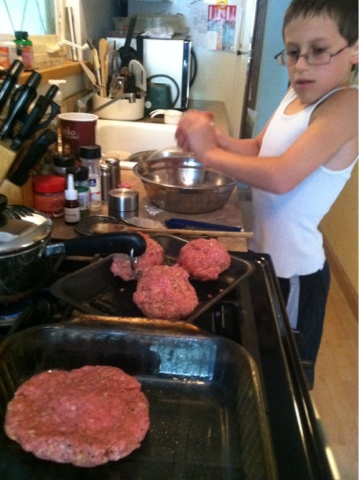 Making the meat into flat parties didn't seem to bother him. 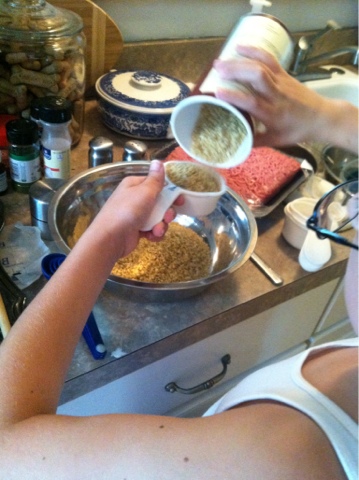 He was really steady and accurate with measuring out the mixtures. 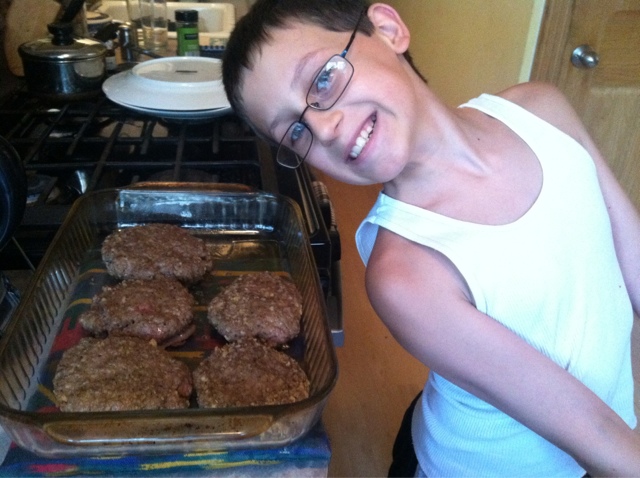 The nice things about boys in the kitchen is, it's never boring! (He had to photo bomb when I tried photographing the his patties...which by the way were cooked to perfection and smelled divine! 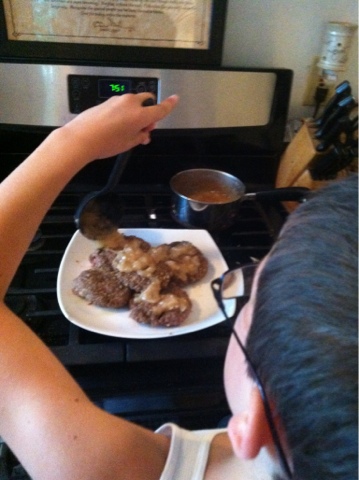 I have now begun to allow him to use our gas stove and handle hot pans. 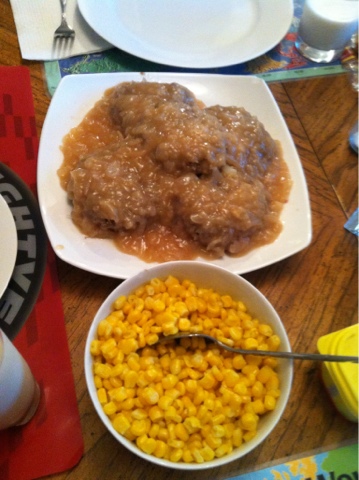 Why not? My father cooked and taught me at 8 years old how to make my first eggs, meatloaf, and okay, hotdogs (since they seemed like one of his favorites).

If we don't allow our boys in the kitchen, we are robbing them of talents they wouldn't know they posses, along with cool science experiments! :)

To me, cooking is art; an expression of oneself which you can gift to another (and when it's family you are providing something by nourishing them).

It's a passion of mine- and it's not gender specific.

My grandfather cooks, my father cooks and now my son cooks. My kids dad cooks and his dad cooks. I like men who spend time in the kitchen. It gives the lady of the house a break, as well as shows another side of them and expresses different tastes and styles. 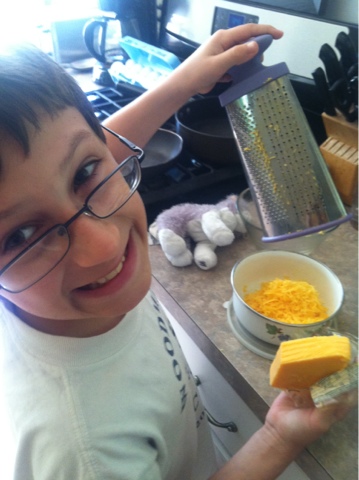 Look at that smile!!!!:) Someone's happy in the kitchen.