#TBT: Is Your Child Ready For A Pet?

As my middle child fostered cats and dogs (mainly puppies) she grew to want one quite desperately...

I have a 12-year-old. She loves dogs. When I say loves, I mean- loves. She can beckon any canine her way, in 2 seconds flat, whether at the beach, the park, or just taking a walk in our neighborhood. She has this innate ability to sniff out dogs in the area and make them putty in her hands. Then, once she has them, they melt in her presence.

I’ll never forget the day she met a really mean looking bulldog at the vet, and in less than five seconds, he had her on the floor and was licking her to death. Hmmm… I wonder who had who under their spell?

My little dog whisperer might be good at making pals with pups, but unfortunately, she is no good at staying on task, keeping her room clean, finishing her homework or picking up after herself around the house. And she’ll be the first person to tell you that. So it’s quite clear to me that although she would love a dog of her own, and is saving her money for it, she’s not ready.

Feeling like it would be wise to give her some experience in the meantime, (because I believe in her), I decided to let her start fostering pets. In the last year, we have shared our home with over a dozen canines and six felines (no, not all at the same time, thank goodness). The experiences have been amazingly rewarding. But at the same time, my darling daughter has realized how much hard work it is.

Sometimes when a child wants something, we have to give it to them…but in small doses.

Another example of this is when my son said he wanted to play full-on tackle football when he was only five years old. Leery about the seriousness of his request, I bought him a football first. Then played the game with him, knocking him down every now and then to see how he liked it. After a few months of that, I realized he was comfortable with it, so I signed him up for flag football. Then, even though he asked for tackle the following year, I signed him up for flag again. I just wanted to make sure he was ready, so I granted his wish in stages to make sure he didn’t get into something he couldn’t handle. Once into the sport, with the basics down and without fear of facing other kids for the physical part, I signed him up for tackle. He has been in heaven for two years now. No fear. He was ready, and now he is a great success! He obviously knew what he wanted.

Kids don’t always know what they are actually asking for though, often only focusing on the fun parts. At first, my daughter wanted a puppy, but when I let her foster puppies over and over, she was wiped out, stating that she didn’t think she wanted a puppy anymore, but would prefer an older dog. Then,  when I allowed her to foster dogs over a year old, she realized that she still wasn’t ready for a dog. Her words after a dozen dogs were, “A pet for me on my own would be too much of a responsibility and I don’t think I’m ready”.

During this process of fostering animals, I realized something else. Fostering helps the animal too. There are many homeless or abandoned pets in our community and I learned that by taking one of them home temporarily, we made room for more residents at the Animal Rescue Center. This equals less cold, thirsty, hungry or abused animals left on the streets or out in fields.

So, if you’re thinking about getting a pet, or if the kids just won’t stop bugging you about one, seek out the no-kill animal rescue centers in your area and sign up to become a foster family first. You’ll get to see how the animal is with your family, read up on their breed, and take time to think about it. It’s like doing a trial run first. It doesn’t cost you anything but time. I’m glad we did. 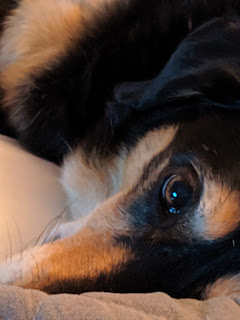 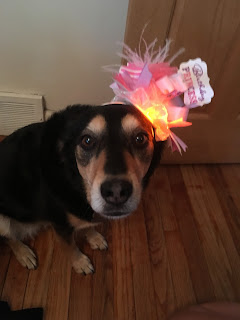 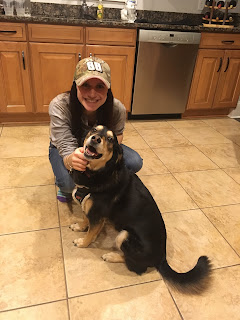