Children Have Their Own Opinions...and It Starts Young 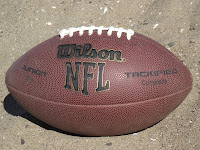 Kids can reach their own opinions long before adults interject.
Tonight, my son was watching a football game, which is common for him when the NFL is on T.V.
The Steelers/Ravens game was on and as the camera panned the Pittsburgh stadium, my son paused for a moment, shook his head and said, ‘Look at them with their flags; waving them’.
I was in the hall walking by the living room. I saw the clip of video and knew what he was witnessing; it was a sea of proud Pittsburgh Steelers fans, waving their Terrible Towels.
I knew by his reference of ‘flags’ that he’d probably never noticed the towels before. I was confident that we’d never discussed them before so I was aware that this conversation was about to become an educational moment.
I strongly believe that it’s not a good idea to impose my ideas and opinions on my children until first they establish their own.
If they ask me my feelings or views later, I will tell them, but until then I make it a point to avoid sharing my own views before they reach their own.
So with no emotion and from another room, I made my reply a statement; strictly informational and unbiased.
I told him ‘the ‘flags’ were Terrible Towels and that Pittsburgh fans swing above their heads to cheer the Steelers’.
I was surprised, that even as the sweet, kind and gentle little boy he is, who uses good manners every day and never insults anyone, could display such a distaste for what he was seeing.
I never had to say a word about how I felt about the Terrible Towel. He had his own thoughts. He’d formed his own opinion, and it was quite similar to a true Browns fan.
He went as far as to make a silly laugh and give an eye roll. I didn’t teach him that, I swear!
I simply educated him on the truth. He was the one who came to his own conclusion.
I might not have been the one who influenced him in his opinion of the Terrible Towel tradition,
but…...I'm afraid I will need to have a talk with his older sisters since I have a feeling they may have had a hand in teaching him the eye roll…...