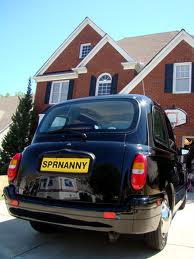 So, this will tell you how often I watch television.

I just found out that the Jo Frost, The Supernanny, has been cancelled!

Originating in England in 2004, and then I think it began airing in the states in 2005, I loved the Supernanny. (Though I don't really watch much T.V., I did watch her when I had the chance.)

I liked the way she parented (though not even a parent herself). She had a no-nonsense way of taking care of business in the family.

She would enter the home of a family she saw previous interviews and videos of. They would ask Jo for her help in getting the kids and the household under control.

She would arrive in her chauffeured black British Taxi, trade in her three-piece-suit for a pair of jeans and a ponytail, then get down and dirty.

By the time she left that family, Jo was a part of the family.

She would encourage stronger bonds through mutual respect, quality time together, as well as patience and understanding.

She will be missed.

The buzz is that she will be venturing out to start her own family, which she so deserves.

I wish her well and appreciate the time she took to guide others on the most magnificent, though most difficult journey, called parenting.

Though I could not find this viewable episode online myself, someone might know something I don't and this looks like an extremely helpful one to see:

11/5/10 Atkinson Family Episode- Blended Family (Mom and dad married four years, two teens from her previous marriage and one ten year old he shares custody of with his ex-wife, as well as twins from this present marriage. One of the teens is abusive to her mother, and unruly, and is tainting the rest of the family.)

The Supernanny had a level of intimidation with a fair amount of love and my favorite part about her skill was that she would always lower herself to the eye level of a child, regardless of whether she was disciplining or rewarding :)

The Supernanny has a book. Her program rescued many families from undue stress and aggravation. Her ways guided many moms and dads and grandparents out of the misery of parenting and into the joy of it. Her book has to be good :)

Happy Parenting:) Because it's possible :)