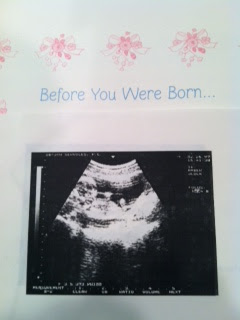 Reach for their hand before crossing the street and in crowds for the next eight years,
Certain to kiss and hug them goodbye for the four more,
Encourage them to eat well and get enough sleep for the next five....

One of the first times my teenage daughter had an evening-outing alone, these were my thoughts:

'So, my 14 year old daughter's first night out at a football game. Dropped her off at 5:30 p.m. and drove away for the first time and wanted to die. WOW! It was sooo weird. I felt like the embarrassing mom, trying not to wave, but waving a little, trying not to worry, but worrying a lot. She might just be working the concession stand with a group of friends and it's chaperoned, but it's still night time, she's still at a football game... and I am still her mom, and I'm not with her...and...she is still my baby. Where did the time go?'


How selfhood begins with a walking away,
and love is proved in the letting go.
- Robert Cecil Day-Lewis

She is now 15 and has had many other outings, including an evening of volunteering at the Halloween Hayride until midnight and a night time Halloween Party
(Okay Mom, when ELSE would a Halloween Party be if not at NIGHT!?)
Anyway, the point is 'I survived'. (Oh! And so did she!!!)

Letting go is not easy, but it's part of the plan..
and should actually start before age 18.

Children are looking for independence way before they reach legal voting age.
-When they are toddlers they want to climb the stairs without your help and wear mismatched clothes.
-In the  next years they want to make their own food choices and go outside in shorts and no coat.
-Then soon they want to attend social gatherings and have things adults have.

Allow them some breathing room...to be themselves.
It's a fine line, I know, because I ride that line myself.
Go with your instincts and let them use theirs.

AND AFTER 18???
Step back and have faith.
Because the first phase of the job is done...

Let your children go if you want to keep them.
-Malcolm S. Forbes


Watch this in full screen it is absolutely breathtaking-
imagine all the sites your child will see as they go through life.

Let your children go if you want to keep them.
-Malcolm S. Forbes
You gave them wings, now let them fly. They know where to find you when they need help.
advice for parents of adult children giving children independence letting go