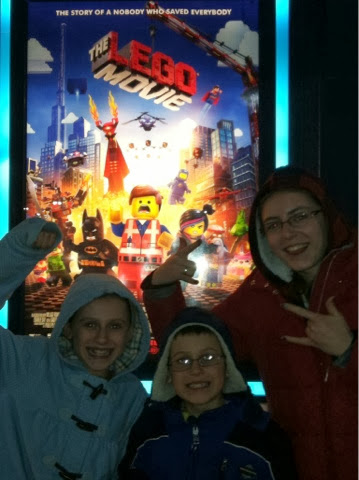 You must go see it! Packed theatre, awesome action, drama, villains, heroes and a 1980's reference! Lots of laughs followed by lots of awes, with plenty of cheering (this photo is Photo Challenge 7)!

A PG Rating for some rude humor and a sports bar was mentioned, some Lego men copying their butts on a Xerox machine and some Lego's making fun of the plain Lego for being plain and not being  a smarter Lego Master-still was MUCH better than many family movies I've seen (and MUCH MUCH better than some other's out there).

OH....Did I mention Will Ferrell?