What About Concussions? (Kids in Sports) 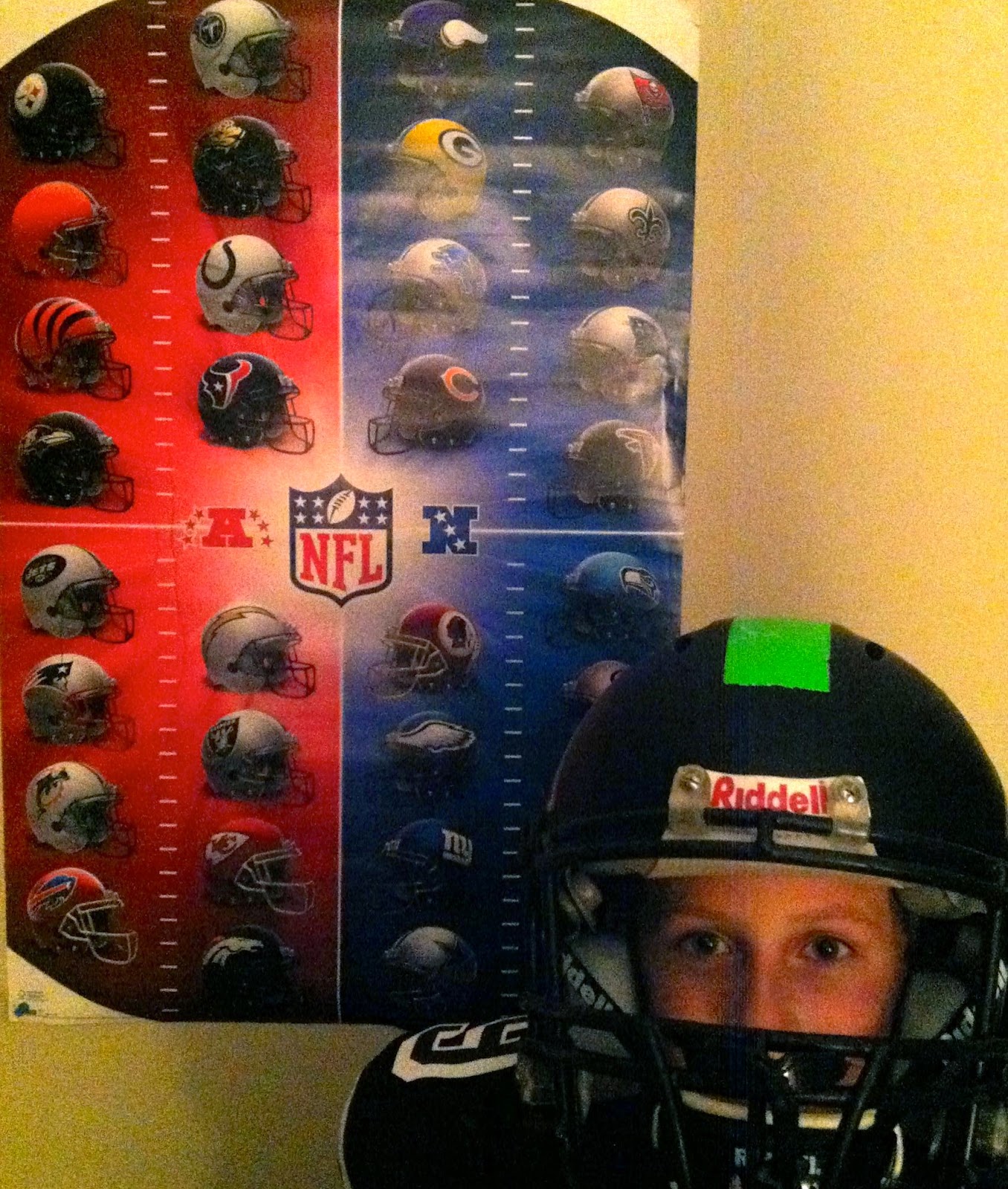 Isn't life too short to worry?
Doesn't it feel bad to dwell on stuff we cannot control?
Isn't it sad when a child grows up to say, 'I couldn't, because my parents worried' ?

That is what I've heard over the years from grown men whose mothers would not let them play football for fear that little Johnny would hurt. Those 'little-Johnnys' are still resentful now always asking, 'what if'.

I am still unhappy about how much I was not allowed to do because my father was fearful.

I won't succumb to it as a parent. My son is out there on the field. And, yes, he could get hurt.

He could also get hurt under his parents' care; in the car, at school, or at the park. I cannot rightfully keep him from a dream- because of my what-if's…that would just be selfish.

With so many health issues plaguing kids these days after being on the football field, I'm honestly petrified…

**Ironically, when this post was in draft mode...and scheduled to be published-
my son had an accident at the field. It was a head injury, but a non-sports related one. Not serious at all, but went down as traumatic. He's fine, and back on the field.

- Yes, I freaked
- Yes, I worried
- Yes, it made him apprehensive to put a helmet on again even though it had nothing to do with football
- Yes, he did fully recover
- No, it did not stop us from returning (because there were no residual health issues)
- YES, I did wonder what we would do if it were worse

I looked at this experience like this:
At least we know what it's like to go through it, and if a true on-the-field injury happens we  know that we are surrounded by people who really care, who know what to do, and that Mommy will be there, even if she isn't right there.

More on my feelings and his when I write about it in another blog.